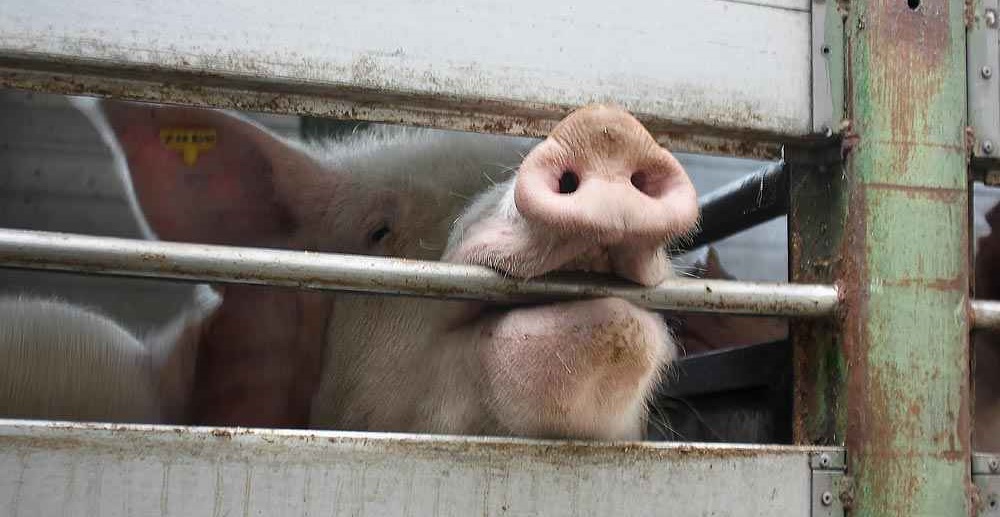 The animal production industry is expanding in Germany: more and larger facilities for the fattening of cows, pigs and chicken, facilities for egg-laying, as well as dairies and slaughterhouses are currently being planned and will be realized during the coming years. Many of them will be located in former East Germany.

In Mecklenburg-Vorpommern there are currently 77 new animal production units being planned. Brandenburg’s Minister for Agriculture announced plans to increase animal production in the region. In Saxony, Saxony-Anhalt and Thuringia many new units are being considered by the authorities.

Factory farming is a huge threat – not only to the animals who are forced to live their short lives in such units before being sent to a violent death – they also have a catastrophic impact on the local environment, the people living near these factory farms and the climate. Those who produce the feed – typically people in the global south – usually work under appalling conditions.

The group Tierfabriken Widerstand is a network of people campaigning against new animal production units in eastern Germany.

By supporting and initiating local resistance structures, by using a wide range of protest methods and by networking with other groups we are slowing down and even blocking the expansion of the animal industry in eastern Germany. A central aspect of our work is researching and providing information on plans for new units, and initiating debate in rural areas. We talk to affected communities both about local plans for factory farms and the problems associated with animal production.

Our motivation is to actively oppose animal exploitation and killing as well as environmental destruction.

Our strategy is to focus on new animal production: with every unit we stop, millions of animals are spared a life under the most gruesome conditions. In our campaigns we emphasise that animal exploitation in the name of profit is a symptom of a society based on the exploitation of humans and animals alike. We consider ourselves part of the emancipatory struggles against oppression of humans and animals alike. For these reasons we fundamentally reject other forms of oppression like racism, sexism and nationalism.

Almost all content on our site is in German – we translated this general introduction so that non-German speakers can see what we are about, but our focus is on campaigning in eastern Germany and providing support to local communities in that area. However we are happy to give talks in English about our work in the hope that it might be found useful elsewhere. Feel free to contact us if you are interested.